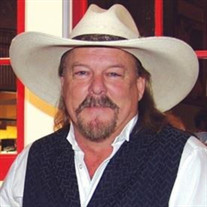 Randal “Randy” Lee Martin July 12, 1948 – May 12, 2021 Randal “Randy” Lee Martin, co-founder and CFO of Martin & Company Advertising, renowned sculptor, songwriter and artist, passed away peacefully in the company of the love of his life Zan Martin, on Wednesday morning May 12, 2021 after battling COVID 19. Randy was born July 12, 1948 in Owensboro, KY and at an early age his parents moved to Upland Street in East Nashville. There he attended Stratford High School where he had established lifelong friendships. Like Randy, they enjoyed exploring Shelby Bottoms and playing music together – forming a band called The Knight Ryders and winning Nashville Battle of the Bands that decades later would get together and play for old times’ sake. After high school, Randy attended the Harris School of Advertising Art (Nashville) where he finessed his graphic design skills and met a lifelong friend, Chuck Creasy. Upon graduating, he worked for graphic designer Bill Barnes, and freelanced for many others. When Chuck became Creative Director for a prominent ad agency in Nashville, Brumfield-Gallagher, he tracked Randy down and hired him as an art director and in-house painter. It was there that he met his wife Zan. Like the song he penned "I Ride My Own Trail", Randy lived his life with independence of thought, pursuing artistic and entrepreneurial endeavors that fueled his passion for life. Whether it was creating a realistic carving of a bluebird to be used by First Lady Laura Bush at the White House, winning 1st place awards at Ward World Carving competition, restoring a 1957 Chevrolet Station Wagon for display at the Specialty Equipment Manufacturers Association (SEMA) in Vegas, producing award winning advertising for Martin & Company, album covers while working at CBS Records for iconic Nashville based bands such as Merle Haggard, Charlie Daniels, Shenandoah, and many more, he was the consummate artist that lived every day of his life with creative passion. While working by day to utilize his graphic design and illustration expertise for CBS, at night and on weekends he focused on capturing the essence of wildlife or early western life including the rich culture of Native Americans. It is said that since he was old enough to hold a pencil, Randy was an artist. In the 1970s and 80s his western landscapes, wildlife art and drawings of prominent people such as Ronald Reagan were realistic portrayals that evoked memorable facets of the person, animal or landscape. In time he turned to three dimensional work and carved intricate wildfowl carvings and Meerschaum pipes and in the past few years he sculpted Native American busts that powerfully captures both their pride and sorrow. In 1993, Randy and Zan, then married for two years, made the decision to start Martin & Company Advertising after a trip to the SEMA show. On a cocktail napkin, Randy drew out the logo and under their joint leadership for 27 years, Martin & Company has become one of the premier agencies to service the automotive aftermarket. But throughout his career as an artist or as CFO and Creative Director of Martin & Company, his primary love and passion was for his wife of 29 years – Zan, his four boys (Jason, Aaron, Chase and Jeff) and now their children. His gift for being a loving father rivals anything he did professionally. He was patient, understanding and supporting, and most importantly spent time with each of his sons to encourage their unique talents and interests. As a grandfather (Papa Randy) he adored visits with his grandchildren and great grandchildren, spending time with them as often as he could. Randy was indeed blessed to have a close knit family and a wide circle of friends that loved him dearly and will miss his unique perspective on life, his funny quips and unforgettable smile, and nine grandchildren that totally adored him. Randy Martin is predeceased in death by his father Robert Lee Martin and mother Barbara A. Martin and grandparents on both sides of his family. He is survived by his wife Suzanne “Zan” Martin, his sons’ mother Susan Graves Martin, four sons - Jason Randal Martin (Mary), Aaron Napier Martin (Ellen), Chase Addison Martin (Carly), stepson Jeffrey Todd Grammer II (Abby); Grandchildren - Zackary Martin (Alex), Myrla Salters (Aaron), Jed Martin, Mariya Martin, Vicki Grammer, Todd Grammer, Noah Grammer, Aria Grammer, Ophelia Rekosh-Martin and Great Grands: Isaac Martin, Elijah Salters, Evelyn Martin, Ella Salters, Ezra Martin, in addition to his two younger brothers Ricky A Martin and Rodney Martin and many nieces and nephews. A celebration of Life is being planned at City Road Chapel Methodist Church on Saturday, May 15 at 10:00 am. In lieu of flowers, please make a donation to the National Audubon Society or Martin Methodist College, 433 W. Madison Street, Pulaski, TN 38478. To hear Randy’s song listen here: https://www.reverbnation.com/randalmartin/song/29146088-i-ride-my-own-trail-jeff-carson

The family of Randal Lee Martin created this Life Tributes page to make it easy to share your memories.