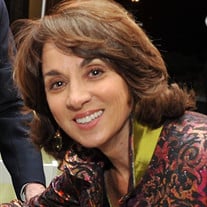 Kay Louise Snyder Simmons passed away peacefully on November 12, 2021, at age 72, after an extended struggle with Progressive Supranuclear Palsy. She was preceded in death by her parents, William Riley Snyder and Edith LaVerne Wulf Snyder of Louisville, KY. Kay was born in Louisville and was educated at Assumption High School and Seneca High School, where she graduated in 1967. She was awarded a Bachelor of Arts degree in Public Relations in 1971 by the University of Kentucky in Lexington. It was at the University of Kentucky where she met the love of her life, her husband of 50 years, Keith Simmons. She was a fundraiser by profession, having served as a development officer for Vanderbilt University, Vanderbilt Medical Center, Vanderbilt Children’s Hospital, Vanderbilt Law School, the Community Foundation of Middle Tennessee, Montgomery Bell Academy, University School of Nashville and Metro Nashville Public Schools. She was the founding executive director of the Canby Robinson Society at the Vanderbilt Medical Center and the Dean’s Council at the Vanderbilt Law School. Although she was not an educator by training or profession, she was elected by the University School Board to serve as Interim Head of School for the 1990/1991 academic year. It was at University School where she found her passion for education and helping young people learn and achieve. It was also there that she found a wonderful mentor and a culture that closely aligned with her personal values of mutual respect and inclusivity. Her passion for education showed itself at the end of her career as she became more involved in public education. In 2003, she became the founding executive director of the Nashville Alliance for Public Education, now known as the Nashville Public Education Foundation. She worked in 2007 and 2008 as the Special Assistant to the Director of Metro Nashville Public Schools. From August, 2009 to August, 2012, she served on the Board of Directors of Metropolitan Nashville Board of Public Education, representing District 9. Throughout her life she was active in making the community in which she lived a better place for all concerned. She served on many non-profit and government boards and commissions, including The LandTrust for Tennessee, Greenways for Nashville, the Metro Greenways Commission, the International Storytelling Center in Jonesborough, Tennessee, the Maddox Charitable Fund, the Adventure Science Center, Metro Parks and Recreation, Metro Historical Commission, the vestry of Christ Church Cathedral, and accreditation committees of the Southern Association of Colleges and Schools. Kay had a warm sense of humor and a sharp analytical mind. She was one of those people who could do it all. She was a consummate professional, an exemplary mother, wife, grandmother, sister and daughter, an accomplished cook, and dedicated reader. She tended a beautiful flower garden at her long-time home on Richland Avenue. She could set the most beautiful table in town, prepare a gourmet meal, and host a dinner party for 12 all in the same night with seeming effortlessness. Her greatest joy and passion, however, was being MomMom to nine amazing grandchildren. She was an innovator and creator. It was her idea to carve, light and display 300 jack-o-lanterns on Halloween on Richland Avenue, a tradition that continues long past her guiding hand. She invested her life in helping others, from students and their families to friends, strangers and newcomers to America. During their life together, Kay and Keith hosted over 25 exchange students in their home. She was a friend to everyone she met. People were attracted to her generous smile, infectious laugh and inviting manner. She is going to be missed by legions of people. She is survived by her husband, Keith, and their three children, Jennifer Simmons McGugin (Daniel), Lauren Kay Simmons Beem (Brian), and Barton William Simmons (Hayley). She is also survived by those who knew her as Mom Mom—Dan, Thomas and Matthew McGugin, Anna, Sophie and Will Beem, Scout, Talley and Tru Simmons, who range in age from 16 months to 13 years—and by two sisters, Susan Snyder Moremen of Louisville, and Pat Snyder (Bobby Garfinkle) of Nashville and two brothers, Tom Snyder (Cathy) of Nashville and Don Snyder of Louisville. Kay also leaves behind her buddy and trusted and loved caregiver through this ordeal, Val Reese. It is suggested that contributions in lieu of flowers be made to University School of Nashville, Greenways for Nashville, or the Nashville Public Education Foundation. A private burial will be held at Larkspur Conservation Natural Burial Grounds. A burial liturgy will be said for Kay on Sunday, November 21, at 2:00 pm at Christ Church Cathedral, 900 Broadway, Nashville. Visitation will be held at the Simmons home, 1112 Park Ridge Drive, Nashville, on Saturday, November 20 from 3:00 to 6:00 pm and at the church at 12:30 on Sunday preceding the service.

Kay Louise Snyder Simmons passed away peacefully on November 12, 2021, at age 72, after an extended struggle with Progressive Supranuclear Palsy. She was preceded in death by her parents, William Riley Snyder and Edith LaVerne Wulf Snyder of... View Obituary & Service Information

The family of Kay Louise Snyder Simmons created this Life Tributes page to make it easy to share your memories.

Send flowers to the Simmons family.