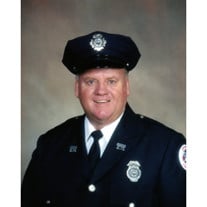 John (Johnny) Carroll Beasley, age 69, of Murfreesboro and formerly of Milton, passed away February 4, 2014 after a lengthy illness. A native of Nashville, he was the son of Jordan Vance Beasley, Jr. and Madaline Nabors Beasley. He graduated from East High School in 1963 where he was an outstanding member of the football team, having been the first freshman in East High history to start for the varsity. He retired as a Metro/Nashville firefighter with 35 years of service where he was known as "Honest John". Johnny will be remembered fondly by his family and friends for his winning personality, athleticism and strength, and his love of cars, trucks, motorcycles, and tractors. He was a member of Stones River Regional and Middle Tennessee Region Antique Automobile Car Clubs and Middle Tennessee Chapter of Studebaker Drivers Club. He was of the Methodist faith, a Mason, and a Shriner. He is preceded in death by his parents and his son, Brian Lee Burlison. He is survived by his wife, Carol Anne Jones Hutson; son, John Jordan Beasley; brother, Jordan Vance (Betty) Beasley, III; sister, Frances Rebecca (Rusty) Staggs; step-son, Jason Blake (Leigh) Hutson; two granddaughters, one step-grandson, two nieces, four nephews, one aunt, one sister-in-law, and one brother-in-law. Visitation at Phillips-Robinson Funeral Home Thursday from 2-8pm with Masonic rites at 7pm, and Friday from 9am until the time of funeral services at 12pm, Bud Mitchell and Greg Tucker officiating. Interment to follow at Spring Hill Cemetery in Madison. Members of Metro/Nashville Fire Department will serve as Pallbearers. Honorary Pallbearers: retired and current members of the Metro/Nashville Fire Department and members of the Director's Staff. The family suggests that any memorial donations be made to the Shriners Childrens Hospital, c/o Al Menah Shrine, P.O. Box 78545, Nashville, TN 37207. Phillips-Robinson Funeral Home, 2707 Gallatin Rd. 262-3312. Still Family Owned.

John (Johnny) Carroll Beasley, age 69, of Murfreesboro and formerly of Milton, passed away February 4, 2014 after a lengthy illness. A native of Nashville, he was the son of Jordan Vance Beasley, Jr. and Madaline Nabors Beasley. He graduated... View Obituary & Service Information

The family of John "Johnny" C. Beasley created this Life Tributes page to make it easy to share your memories.

Send flowers to the Beasley family.