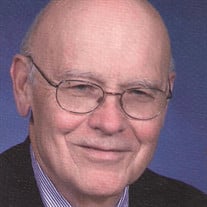 Jesse Emmett Dozier, Jr., M.D. He was born March 30, 1938 in Nashville, TN, and passed away June 23, 2020. Preceded in death by his parents, Jesse Emmett Dozier, Sr. and Lenore Grasse Dozier; brother, William Dwight Dozier. Dr. Dozier is survived by his beloved wife of 61 years, Louise Davis Dozier; daughter, Louise Dozier Gillatt (Peter); son, Jesse Emmett Dozier, III (Melanie); grandson, Tyler James Dozier; sister, Donna Dozier Grady. Dr. Dozier was educated at Montgomery Bell Academy, Vanderbilt University, and the Vanderbilt School of Medicine, where he served on the faculty of the Department of Psychiatry at the Vanderbilt Medical Center for 32 years. Dr. Dozier’s career included serving as the Director of the Division of Child and Adolescent Psychiatry from 1978 until 1986. He was Medical Director of the Vanderbilt Child and Adolescent Psychiatric Hospital from 1984 to 1986, and Clinical Director of the Child Unit of the Psychiatric Hospital at Vanderbilt from 1984 to 2004. In 1992 he was the inaugural recipient of the “J. Emmett Dozier, M.D. award” established by the Vanderbilt Psychiatry Fellows in recognition of dedication, compassion, service, and excellence in teaching. Dr. Dozier was a member of the Tennessee Academy of Child Psychiatry and the American Psychiatric Association. In 2004 he was named a Distinguished Fellow by the American Psychiatric Association. He was also a founding member of the Episcopal Church of the Resurrection, Franklin, TN. In lieu of flowers, donations may be made to the Church of the Resurrection, 1216 Sneed Rd. Franklin, TN 37069, or to a charity of your choice. Phillips-Robinson Funeral Home, (615)262-3312, phillipsrobinson.com.

The family of Dr. Jesse Emmett Dozier Jr. created this Life Tributes page to make it easy to share your memories.

Send flowers to the Dozier family.