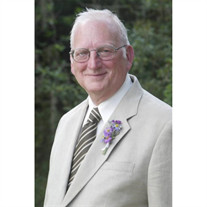 Jerry Ross Perkins, a 42-year resident of Murfreesboro, Tennessee was born April 12th 1941 in Steelville, Missouri and died in his home on September 29th, 2011 in Murfreesboro surrounded by family. Jerry attended the College-Conservatory of Music of the University of Cincinnati on a University Honor Scholarship. While there he received both the Bachelor and Master of Music degrees. Subsequently, he earned a doctorate degree at Boston University. He was a professor at Middle Tennessee State University for over 40 years in the School of Music both as Professor of Music and Head of the Piano Faculty. Additionally, he was co-founder of the Stones River Chamber Players and served as artistic director. Jerry made his professional debut as a concert pianist at New York’s Town Hall. His professional career included playing Carnegie Recital Hall as well as concerts throughout the United States and Europe In addition to his performing, Jerry took tremendous joy and pride as a teacher whose students have won many competitions, have been accepted into graduate schools throughout the country, and are themselves, in many cases, teachers. He was an example of what a good father, a good friend, and a good man should be. He is survived by his son Curt of Nashville, Tennessee; son Eliot of Occoquan, Virginia and partner Jon Howard of Murfreesboro, Tennessee. He was preceded in death by his father Curtis Perkins and his mother Bernice Perkins who resided in Steelville, Missouri. A visitation will be held Saturday October 8th from 3-5 p.m in Murfreesboro at St. Paul's Episcopal Church in Parish Hall. A Memorial Service will follow from 5-5:30 p.m. in the Main Sanctuary. He will be buried alongside his parents in Steelville, Missouri. The family suggests memorials be sent to: Jerry Perkins Memorial Scholarship Fund MTSU Foundation PO Box 109 Murfreesboro, TN 37132

Jerry Ross Perkins, a 42-year resident of Murfreesboro, Tennessee was born April 12th 1941 in Steelville, Missouri and died in his home on September 29th, 2011 in Murfreesboro surrounded by family. Jerry attended the College-Conservatory of... View Obituary & Service Information

The family of Jerry Ross Perkins created this Life Tributes page to make it easy to share your memories.

Send flowers to the Perkins family.