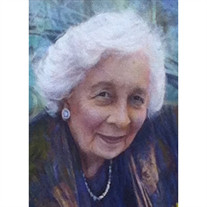 Jennie Lee Adams, born Jan. 11, 1929, in Miami, Fla., to Margaret Allen and John Lee Adams, left her earthly body on Aug. 6, 2015. Jennie began her career in social work and counseling after graduating in 1951 from Florida State University, in the first class of undergraduate social work as well as the first coed class. She completed her master's in social work from the University of Tennessee in 1956. In 1961-62, Jennie continued her education taking doctoral courses in clinical psychology at Vanderbilt University. She mentored and inspired many through a variety of faculty appointments. She taught at Peabody College, Florida Mental Health Institute Research and Training Center, UT School of Social Work, Vanderbilt School of Nursing, and Meharry Medical College. Jennie was a pioneer for social workers throughout her career creating the first adolescent therapy group in the state at the Nashville Mental Health Center. She participated in several NIH projects including a multi-county Mental Health Center. She served as a consultant on a variety of mental health projects in Tenn., Fla., Ga., Ala., Texas and NY. Jennie impacted many lives through her private practices in Tarpon Springs, Fla., Clearwater, Fla., Tullahoma, Tenn. and Franklin, Tenn. Jennie opened the first private psychotherapy practice owned by a woman in the state of Tennessee. Jennie was a bridge builder in forging interdisciplinary collaboration and received the NASW Lifetime Achievement in Social Work award from the Tennessee Chapter in 1990. She was also the founding director as well as past president and board member for the Nashville Psychotherapy Institute. Jennie's creativity and passion has been the inspiration for a variety of projects impacting the lives of many. The Over-The-Hill-Gang was one example, where volunteers came together to pool resources and experience to offer pro bono services to those in need. There were many causes close to Jennie's heart, including Park Center, Bonaparte's Retreat, Crossroads Campus, Emily's List, Room In The Inn and The League of Women Voters. She is remembered for encouraging others to serve and give back. Jennie leaves a large family of friends that includes Debbie High and Ana Enriquez. Her beloved dog, Bo, visted her in the hospital on her last day. Furry friends were a constant in her life. Along with many precious friends, she was predeceased by her parents and brother, John Robert Adams (Gladys). Jennie was a fun, loving aunt to nieces, Janet Tucker (Scott) and Melanie Adams (Bruce Theobald), and nephew, Mark Adams. Grandnieces include Samantha Shero (Dan), Alyssa Norris (Stephen), and grandnephews, Nash Tucker and Jack Gentry. Her family asks that you honor Jennie by treating others with the compassion and love she showed to all people and consider 'taking the leap' in your own life to serve others. A celebration of her life is planned for the near future. Arrangements are pending.

The family of Jennie Lee Adams created this Life Tributes page to make it easy to share your memories.

Send flowers to the Adams family.