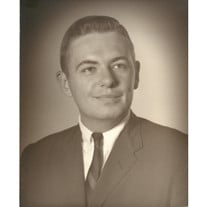 RACKARD, James Claude, age 81, passed away November 19, 2016 after an acute illness for which he was hospitalized in the Intensive Care Unit at Centennial Medical Center for 2 1/2 weeks, before being transferred to Alive Hospice. Born in Winston Salem, NC, Jim came to Nashville at age 11. He graduated from Montgomery Bell Academy and Vanderbilt University where he was a member of the Sigma Nu Fraternity. He later served as an MP in the Army Reserve. A banker for many years, Jim was best known for his career as a Licensed Alcohol And Drug Abuse Counselor at Vanderbilt Institute for Treatment of Addiction (VITA) from which he retired in the year 2000. Jim was known for his tireless volunteer work for Cumberland Heights as an Aftercare Group Leader, Treasurer of the State of Tennessee and Middle Tennessee Association of Alcoholism and Drug Abuse Counselors from which he received Counselor of the Year and Lifetime Achievement Awards from each. He served as Treasurer and was President of the Board of the Alcohol and Drug Council of Middle Tennessee and received their John P. Mulloy, Jr. Community Service Award He also served for many years as Treasurer of the DCIV Nashville Drug Court Support Foundation Board. As a friend of Bill W., Jim received his 35 year medallion November 6th. He was a devoted husband, father, brother, uncle and pet owner. He was a old car buff, enjoyed playing golf and an avid reader. Jim is survived by his wife of over 57 years, Marilyn; daughter, Diane Sauseda (Verne) of Franklin, TN; brother, Marvin W. Rackard (Mary Jane) of Nashville, TN; brother,-in-law, Bernard A. Jones of Kansas City, MO; sister, Dr. M. Kaye Rackard of Nashville, TN; nephews, Christopher (Casey) and Steven; great nephews, Noah and Walker and cousins in North Carolina. A family service was held and burial will be in the Evergreen Cemetery in Fort Scott, Kansas in his wife's family plot. In lieu of flowers, please donate or support a non-kill animal shelter, an animal rescue group, Alive Hospice or the charity of your choice in Jim's memory and to celebrate his life. Arrangements by the PHILLIPS-ROBINSON FUNERAL HOME, 2707 Gallatin Pike, Nashville, TN. Our family serving yours since 1929.

RACKARD, James Claude, age 81, passed away November 19, 2016 after an acute illness for which he was hospitalized in the Intensive Care Unit at Centennial Medical Center for 2 1/2 weeks, before being transferred to Alive Hospice. Born in Winston... View Obituary & Service Information

The family of James Claude Rackard created this Life Tributes page to make it easy to share your memories.

Send flowers to the Rackard family.