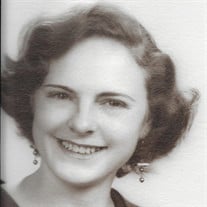 Miss Duke Passed away peacefully at her home Thursday May 26th around 4:20 am. Joyce was born on February 4th, 1933 on the kitchen table in her parents home in Ashland city TN. She is preceded in death by her parents John Edgar Wilson Bimbridge Simpkins and Grace Enola Wayman. Also preceding her in death are her brothers Elihue Simpkins, James Lawrence Simpkins, Edgar Ozell Simpkins, Joseph Malcolm Simpkins and Jerry Blaine Bryan Simpkins, Her Sisters Addie Mae Simpkins Wood, Gladys Simpkins Le Duc, Mable Simpkins Petty. Also daughter in law Janyce Calhoun Duke She is Survived by Brother David (Irene) Simpkins. Sons Charles (Donna) Duke, Danny (Christi) Duke, Phillip (Kimberly) Duke, and Daughter Jennifer Duke. Her 6 grand children Rachel Duke Cox, Bethany (Anthony) Martinez, Nathan Duke , Bernessa (Jeff) Cole, Ben (Tristan) Duke, and Jon Duke. She also had 9 great grand children. Connor Trexler, Isabelle Cox, Andrew Cox, Ashlynn Cox, Justin Martinez, Alex Martinez, Caleb Martinez. Jeffery Cole Junior, Caden Cole numerous nieces and nephews and countless cousins, and her rescue dog Shiloh Joyce got her LPN at UT Nashville. And worked as a floor nurse at Baptist. And then she got her RN and was a head nurse at county hospital. Then received her masters degree from Vanderbilt and became a nurse practioner and was a traveling nurse for a few years, traveling to Goodlettsville, Maynardville, and Clifton, before taking a job as a triage nurse on a graveyard shift at the VA in Nashville where she worked for 30+ years. She enjoyed caring for almost all of her patients, there were a few that were difficult to handle. But she always handled the situations. Joyce loved being able to care for her family when the needs arose and would talk with people for hours about health care and government resolutions and how to fix the situations caused by undesired politicians. Joyce never knew a stranger and would help anyone she could. She often said that generosity and charity should start at home but she wasn’t opposed to help others in need. Joyce was a care taker for many of her family members in their later years. And was a babysitter for many grandchildren and great grandchildren. And enjoyed every minute she got to spend with them. Even though at times they could be a handful. She was an avid gardener who loved cacti and iris flowers she could grow almost anything and she could save any plant even ones people thought were lost. She thoroughly enjoyed reading and collecting books, frogs and dolls also clowns. She loved a good yard sale or flea market adventure. Her favorite beverage was ice water with lemon. She said the lemon covered up the fluoride in the water. She preferred spring water. She could make tinctures and extracts but wasn’t a very good cook in general. Unless you liked bacon bits in a blt. She would drown food in hot sauce and loved chicken livers and eating green vegetables. She enjoyed clobbered milk and buttermilk with cheerios. In her spare time Joyce was a broad spectrum crafter. she knitted crocheted and sewed. She also did needlepoint. She also enjoyed researching and collecting health and medical information about the W.H.O. and N.W.O. She enjoyed a great adventure or a walk in nature. She also enjoyed sharing past family stories all you had to do was ask and she would gladly share them. She gained her nickname meme from her granddaughter bernessa when bernessa was just learning to speak at first she called joyce gammy mammy and then just went to meme. Yes it was spelled meme. Like the memes before memes were a cool thing. Her very first job in her exact words was getting dressed up in a hot monkey suit uniform in the summer while walking down the street and passing out sample cigarettes, it only lasted 3-4 days . She also worked for Aladdin radio after charles was born when he was about 18 months old for about 5-6 years and she even went on strike trying to get a raise until the union came in and the scabs took over their jobs. The one thing she wanted her children to know is always depend on yourself. Because you are the only person who you can depend on to never leave you or betray you. She said she wanted her grand kids to know the same thing. Ash ceremony will be held on family property in Joelton on june 25th. Service will start at 11 am. Please contact Joyce’s daughter Jennifer Duke at [email protected] or Joyce’s granddaughter Bernessa at [email protected] With RSVP information, and any stories you would like to share about Joyce.

Miss Duke Passed away peacefully at her home Thursday May 26th around 4:20 am. Joyce was born on February 4th, 1933 on the kitchen table in her parents home in Ashland city TN. She is preceded in death by her parents John Edgar Wilson Bimbridge... View Obituary & Service Information

The family of Flora Joyce Simpkins Duke created this Life Tributes page to make it easy to share your memories.

Miss Duke Passed away peacefully at her home Thursday May 26th...

Send flowers to the Duke family.