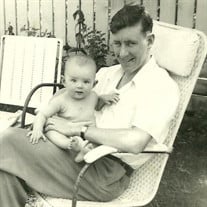 William Henry Hill December 11, 1947 - January 28, 2022 In typical fashion, William Henry Hill (Bill) left the party early, passing on January 28, 2022. The son of Thomas Hill and Barbara May Smith, Bill is survived by half-brothers Brian (Margaret Stolz), Keith (Marlene), Gary (Colleen), half-sister Laura Downing (Greg) and a host of nieces and nephews. Bill grew up on Long Island, NY, was active in human rights organizations, including ACT UP, and eventually settled in Boston, MA, where he was employed by the Commonwealth of Massachusetts. Following the untimely death of his long-time partner and companion, Jim Bretz, Bill moved on to Hallowell, ME, and eventually to Nashville, TN. Bill had an eye for good art and collected what he could afford. He adored kosher food, especially big, crunchy dill pickles, and bemoaned the dearth of bialys in Nashville. He had an almost encyclopedic knowledge of obscure musical theater. He was a devoted fan of Dame Vera Lynn, celebrating her birthday each year without fail. Despite suffering a debilitating stroke in 2002, Bill continued to travel extensively, drove using adaptive controls, and managed to live a full, independent and active life. The great love of Bill’s life was undoubtedly his Bedlington Terrier, Pippa, who passed away last fall. His cats, Jeremy and Funny Face, tolerated his presence. In accordance with his wishes, no memorial is planned. Donations to the Human Rights Campaign (www.hrc.org) in his name would be appreciated.

The family of William Henry Hill created this Life Tributes page to make it easy to share your memories.

Send flowers to the Hill family.