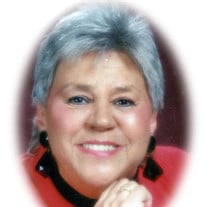 Shirley Jean Ryans Hardison was a quiet hero of Nashville music, an effervescent force of goodness and decency, and a fiercely devoted wife, mother, and friend. Born August 3, 1938 in the northwest Tennessee town of Union City, she grew up in Tullahoma, in Middle Tennessee. She was drawn to music and loved to dance, and her first job was taking tickets at the historic Marshall Theater in Tullahoma. There, she welcomed patrons who came to see now-classic films. In 1957, at age 18, she moved to Nashville, the burgeoning country music capitol. She soon became a familiar and beloved figure in Music City’s creative community, befriending legends-in-the-making including Bill Anderson, Ralph Emery, Phil Everly, Roger Miller, and Willie Nelson. She was intrigued by those for whom creativity was a calling card and a lifeline, and her enthusiasm and understanding aided those who bore the lonesome brunt of inattention. When a few of them traded that inattention for fame and success, they remained fond of Shirley. She worked at the Andrew Jackson Hotel, where she met the love of her life, John Russell Hardison, with whom she would open Music Row’s first beauty salon. Married July, 28, 1963, Shirley and John were a remarkable and remarkably happy couple who embodied Nashville’s lively twang and spirited nature. In July of 1969, Shirley and John welcomed daughter Johna into their world. “She gave me the most unconditional love I could ever feel,” Johna said. “She was the wisest person I've ever known.” Shirley’s wisdom and toughness were tested but not overcome when husband John died in a car accident in June, 1972. Devastated, Shirley looked at her cotton-topped daughter and thought, “How am I going to raise her?” The answers came: With love, understanding, and devotion. Shirley and Johna were inseparable, companions through life, as Shirley passed down her sacred loves of cooking, dogs, the flea market, shopping, and Elvis Presley. For a time, she owned an East Nashville restaurant called Shirley’s Place, but the energy required by that endeavor took too much time away from Johna. In the 1980s, Shirley went to work as a security guard at Nashville newspaper The Tennessean. She worked her way up the corporate chain until she was head of security, working with former steel guitar great Johnny Sibert. By the early 2000s, she was encouraging a teenaged steel player named Chris Scruggs to come into the newspaper building to talk with Sibert and pick up tips and techniques. Scruggs went on to be a renowned professional musician, and he carries Sibert’s style forward to new generations. Though professionally she was a security guard, Shirley often served as an insecurity guard, protecting those around her from their own misgivings and lack of confidence. She supported others, offering crucial words at crucial times. Shirley retired from The Tennessean and went to work at the Ryman Auditorium, country music's Mother Church. There, seated in a desk at the backstage entrance, just off the alley, she was the first person to greet some of music’s most significant performers, many of whom forged friendships with her. Vince Gill, Merle Haggard, and George Jones were among the Country Music Hall of Fame members who looked to Shirley for kindness and support. Shirley didn’t talk with them about their latest albums or tours, she spoke with them about their families and she told them what her beloved Johna was up to. Sometimes she brought them homemade sweets. Always, she brought them safety and comfort. In 2015, Shirley stopped working at the Ryman, though she kept in touch with her music friends. She died peacefully, family by her side, on December 21, 2018. A week later, her life celebration at Phillips-Robinson Funeral Home was attended by people from all parts of Shirley’s life, as Grand Ole Opry stars mingled and reminisced with family, journalists, broadcasters, old friends, and members of her church, Tusculum Hills Baptist. Shirley was preceded in death by her husband, John R. Hardison; father, Lexie Clarence Ryans; mother, Mae Ryans (Casey); sisters, Louise Darnell and Betty Hawkersmith. Survived by her daughter, Johna Hardison Pentecost; son-in-law, Craig Pentecost; and sister, Sue Tucker (Leon). She is buried at Hermitage Memorial Gardens, and dwells in the house of the Lord.

Shirley Jean Ryans Hardison was a quiet hero of Nashville music, an effervescent force of goodness and decency, and a fiercely devoted wife, mother, and friend. Born August 3, 1938 in the northwest Tennessee town of Union City, she grew up... View Obituary & Service Information

The family of Shirley Hardison created this Life Tributes page to make it easy to share your memories.

Send flowers to the Hardison family.