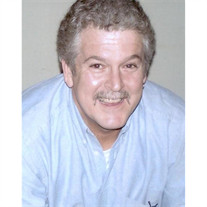 Richards, Richard Earl passed away January 16, 2011 at the age of 56. He is preceded in death by his parents; Ouida Tarver, Eulah Richards Jr., grandparents; Jack Tarver and Annie Lee Tarver and uncle; Raymond Tarver. He is survived by his wife;... View Obituary & Service Information

The family of Richard Earl Richards created this Life Tributes page to make it easy to share your memories.

Send flowers to the Richards family.