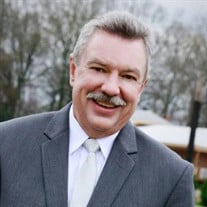 Philip Harold Smith November 18, 1961 – January 11, 2019 Father. Son. Lover of hot wings. Philip Harold Smith’s life full of stories from “back in the day” and wishes for the future (like Georgia winning another national title) ended on January 11, 2019. He was 57 years old and had totaled nearly as many cars. A former Marine and graduate of Mars Hill College (he played football there – lest you forget), Philip spent many years working as a Ford salesman and spending weekends on the lake, where he introduced his children to a wide array of characters and pastimes. Anyone who talked to him knew of his college and Beaudry buddies, and the jet-skiing, racing, camping, hunting, and grilling he enjoyed. He is survived by his daughter, Stephanie Freeman and granddaughter, Maddie; his son, Phil Smith (Jamee); his father, Harold Smith; his sister, Amy Simonton (Jay) and their family; his aunt, Harriett Cagle (Carter); and several of the aforementioned “buddies” he so enjoyed sharing stories about. These people will tell you he wasn’t perfect. But who is? In the end, he loved and was loved. And he will be sorely missed…even the late-night phone calls to ask the same question he got an answer to at a previous, reasonable hour. A drop-in visitation and memorial luncheon for friends and family will be held at the home of Phil and Jamee Smith on Saturday, January 26, 2019, from 11am – 2pm. In lieu of flowers, please consider making a donation in Philip’s honor to Camp Southern Ground, an organization benefiting both children and U.S. military veterans: www.campsouthernground.org/donate Memorial Address: 631 Pleasant Hill Church Road Winder, GA 30680

The family of Philip Harold Smith created this Life Tributes page to make it easy to share your memories.