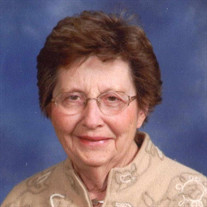 Mary Purcell, Leading Woman Activist Dies Mary Hamilton Purcell, age 92, national and international leader for equity for women and girls in the 20th century, died July 28, 2019 in Nashville, Tennessee, home of her son Bill (former mayor of Nashville.) She died at Abe’s Garden where she had resided since 2015. A native of Louisiana, she had lived in the Philadelphia area for 63 years before moving to Nashville. Born in Ft. Worth on December 15, 1926 and raised in Ferriday, LA, she was a speech educator in Philadelphia. She was a leader in the drive to achieve equity for women and girls at the United Nations and worldwide until a decade ago. Preceded in death by her parents, Rev. J.H. and Letha Hamilton and her husband William (Bill) P. Purcell, Jr.; she is survived by her two children, former Nashville Mayor Bill Purcell (wife, Debbie Miller) and David Hamilton Purcell (wife, Nancy); her brother, Dr. Joseph H. Hamilton (wife, Janelle); and her three grandchildren, Jesse Miller Purcell, David Purcell, and Matthew Purcell. Visitation will be at Doyle-Stonelake Funeral Home, 85 E. Baltimore Ave. in Lansdowne, PA on Wednesday, July 31st from 6PM-8PM, EDT. The service will take place at Lansdowne Baptist Church, 17 E. Lacrosse Ave. on Thursday, August 1st at 12PM, EDT, with the Rev. David Braneky and Rev. Jeffery Snyder officiating. Mary Purcell’s life was spent in service to both her local and global communities indefatigably leading the fight to improve the lives of women and girls. In the years 1979-1985, Mary served as vice president and then president for two terms of the American Association of University Women (AAUW), a national organization devoted to fostering education opportunities for women and an early advocate for Title IX. In the late 1960s and early 1970s, Mary was a leader – vice president and president – in the Pennsylvania AAUW, one of the largest state branches, and was a prime mover in urging members into an activist mode to work for the Equal Rights Amendment. Mary herself went out on the road to campaign all over the U.S. for the ERA, saying over and over that “men of quality are not afraid of women of equality”. She said she was uniquely prepared to go toe-to-toe with opponents on the role of women. “As the daughter of a Baptist minister and the chair of my college debate team, I could quote the Bible verse for verse in rebuttal to anyone.” Mary Purcell and her partner had been ranked first in national women’s debate competitions in 1947. A graduate of Mary Hardin Baylor College (now University), she earned a master’s degree from Louisiana State University in 1948 and was recruited by Temple University to teach speech communications and coach debate. Mary met her husband, William (Bill) Purcell, a successful food broker, in Philadelphia. They settled in Lansdowne, Pennsylvania and later moved to Wallingford, Pennsylvania. Bill died in 2010. Mary served six years on the Wallingford-Swarthmore School Board, telling her friends who rallied to her campaign, “After working for so many years to encourage women to run for public office, I felt I had to put my money where my mouth was.” Both Purcells were staunch members of their church in Lansdowne for more than 50 years, and both served in leadership positions. Mary was the first woman elected president of the Ministers and Missionaries Board of American Baptist Churches and served two terms as president 1995-2003. Named a Distinguished Daughter of Pennsylvania in 1982, she served two years as president of that group of recognized woman leaders. Mary Purcell supported and strongly advocated for AAUW to be a leader in projects that focused on the needs of girls, and she considered this work to be her legacy. Mary was president of the International Federation of University Women (IFUW) from 1990 to 1992 and the representative for both AAUW and the IFUW at the United Nations. The Working Group on Girls was formed at the behest of UNICEF in 1994 and Mary was the first to head the Group, along with co-chair Kate Katsky of New York. Mary represented UNICEF’s Working Group on Girls at the United Nations 1995 Beijing International Women’s Conference where she succeeded in having the Commission on the Status of Women include a special section on girls in the official UN document. This was the first time that the interests of girls were singled out. Mary’s involvement with the Working Group on Girls continued until 2006, and her advocacy for girls had a far-reaching effect. During those years, she made more than a hundred trips to the UN in New York for meetings and attended many international meetings as well. In May 2006, the NGO Committee on UNICEF’s Working Group on Girls recognized Mary Purcell “for her inspiration, vision and perseverance, and for mobilizing us to put girls on the Global Agenda.” And the following year, in March 2007, the Commission on the Status of Women at its conference at the U.N. recognized Mary for her efforts in placing girls on the UN agenda. In lieu of flowers please make donations to; Abe’s Garden at www.abesgarden.org/giving/contribute American Association of University Women at https://ww2.aauw.org/donate-gift-new/ Lansdowne Baptist Church at 17 E Lacrosse Ave, Lansdowne, PA 19050

The family of Mary Hamilton Purcell created this Life Tributes page to make it easy to share your memories.

Send flowers to the Purcell family.