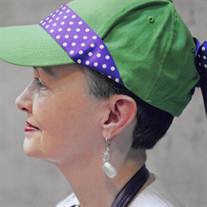 Margaret Leigh Burnett Turner died on Saturday, October 26, 2019. She was 74. She is survived by her husband of 50 years, Cal Turner, Jr. son Cal Turner III and his wife Jennifer, grandchildren Cal Turner IV, Alex Turner and Will Turner, sister Susan Eblen and her husband Tom, niece Camille Watson, as well as a multitude of beloved family. She is preceded in death by her parents Gertrude and Allie Burnett. Margaret was born in Glasgow, Kentucky, and grew up in Park City, Kentucky. She attended Glasgow High School and Western Kentucky University. Her life changed forever when she attended a concert at VanMeter auditorium at Western Kentucky University catching the eye of the young gentleman sitting in the row behind her, Cal Turner, Jr. Margaret and and Cal would share a lifetime together, doubling the joys and halving the sorrows that naturally come a couple’s way. As the CEO of Dollar General, and a leader in the community, Cal was called upon to carry a heavy load, a role that at times could be lonely. Margaret’s devotion to Cal buoyed him on many occasions, providing a remedy for the moment that only the love of a committed wife provides. Few people exhibited an authentic and heartfelt dedication to family as genuinely as Margaret Turner. She and her son Cal III enjoyed a special bond, an endearing example of the unconditional love that a parent can make real for a child. And Margaret reveled in being “Meme” to her grandsons, and a helpful support to Jennifer. Margaret’s sister Susan, her husband Tom, and their daughter Camille were never far from Margaret’s thoughts. Her faithfulness to her many friends was captured in her love for Maddox Claire Goodgine. Maddox, who died in July at the age of five, was a Miracle Kid as an Ambassador for the Children’s Miracle Network, and as others would note, “a joy and an inspiration of mighty strength in a small package,” qualities which were precious to Margaret. Margaret’s creative nature was always on display, whether writing poetry, books and songs, playing the piano, or singing in church choirs. Margaret’s creative talents flowed from one page to the next in her children’s book, I The Fly. Always a champion of the underdog, Margaret helps the reader focus a magical lens on events and things people take for granted, but which prove to be heroic challenges to a courageous fly. Margaret was a humble supporter of organizations such as the Blair School of Music, the Nashville Institute for the Arts, the Tennessee Dance Theatre, the W. O. Smith Music School, Thistle Farms and the Nashville Zoo. Margaret Burnett Turner was remarkable as wife, mother, grandmother, mother-in-law, daughter, sister, aunt and friend. In prizing each relationship she honored the uniqueness of others, while being faithful to her unique nature under God. Visitation will be held Brentwood United Methodist Church, 309 Franklin Road, Brentwood, TN 37027 on Saturday, November 2nd at 1:00pm with a celebration of Margaret Turner’s life to follow at 2:30pm with Father Michael Marcantoni officiating. In lieu of flowers, Margaret has requested donation to: The Arc of Williamson County/Elledee to benefit Leslie Walker The Arc of Williamson County 129 West Fowlkes St., Suite 151 Franklin, TN 37064 Phillips – Robinson Funeral Home, 2707 Gallatin Pike, Nashville, TN 37216, (615) 262-3312

The family of Margaret Leigh Burnett Turner created this Life Tributes page to make it easy to share your memories.

Send flowers to the Turner family.