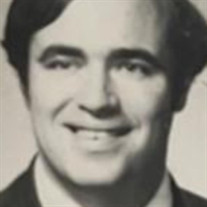 Larry Randall Crane of Nashville, TN, passed away at 68 years old on January 3, 2022 of natural causes. Larry was born in New Martinsville, WV on September 28, 1953, the son of G. Lucille (Rush) Crane (2009) and James Randall Crane (1992). In addition to his parents, he was preceded in death by his brother, James E. Gilbert (2016). Larry was a 1971 graduate of Magnolia High School where he was awarded the Magnolia High School Athletic Boosters Life Achievement Award. Larry graduated with a Bachelor’s Degree in Business Administration from Marshall University in 1975. He was a member of Pi Kappa Alpha Fraternity and has often visited his fraternity brothers in Huntington as an avid Marshall sports fan and supporter of the University. For over 30 years he worked as a business consultant for many different companies throughout his career. His independent consulting career took him all over the world working with many types of industries. For the last 6 years, upon his brother’s death, he has passionately worked to grow a food manufacturing business, Bluegrass BBQ, Inc. Bluegrass BBQ, Inc. has grown from what once was just a hobby of his brother’s to a full line company that offers BBQ Sauces, Rubs, and Seasonings. Most recently, Bluegrass BBQ was on the brink of releasing a Wing Sauce and Seafood seasoning. Larry’s hard work and passion leaves Bluegrass BBQ with products distributed throughout the U.S. and Internationally. Additionally, all three sauces can be found in every Publix Grocery store in Tennessee. Larry is survived by sister-in-law, Brenda Gilbert (Summersville, WV), three nephews - Vince Carelli (Chattanooga, TN), Ron Carelli (Chattanooga, TN), and Andrew Gilbert (Wilmington, NC); he is also survived by a niece, Kelly Rochow (Los Angeles, CA) and 13 great nieces and nephews. To honor Larry, the family will be planning a memorial service to be held in New Martinsville, WV this spring.

The family of Larry Randall Crane created this Life Tributes page to make it easy to share your memories.

Larry Randall Crane of Nashville, TN, passed away at 68 years...

Send flowers to the Crane family.