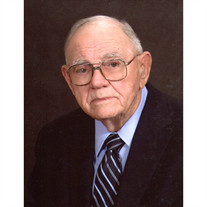 LOVIZA, John William, Age 84 passed away unexpectedly Sept. 27, 2015. He was born June 1, 1931 to John Joseph and Mabel Harris Loviza in Vicksburg, MS. His initial employment with the Corps. of Engineers Waterways Experiment Station in Vicksburg, MS sent him on a number of projects throughout North Africa, the Middle East, Europe and Greenland. He joined Hercules Powder Co. in 1958 as a demonstration blaster. John advanced through successive assignments in Alabama, Tennessee, Kentucky, New York, West Virginia & Delaware. He was employed in the explosives industry up until the time of his death, spending the past three decades with Hermitage Explosives Corp. of Nashville, TN. Mr. Loviza was a member of The International Society of Explosives Engineers and The Moles. He was a communicant of Holy Rosary Catholic Church in Donelson for many years. He is preceded in death by his wife of 55 years, Emily Pierce Loviza; his parents, and two sisters. He is survived by his sons, Bill (Ann Crecelius) Loviza of Joelton, TN, Tom (Carol) Loviza of Midlothian, VA, Mike (Mary) Loviza of Bear, DE and daughter, Alise Loviza of Madison, TN; sisters, Blanche (Tom) Irby of Madison, AL, Myrtle (Bobby) Alvarado of Vicksburg, MS and brother, Joe Loviza of Vicksburg, MS; six grandchildren and special friend Katherine Bryan of Nashville, TN. Visitation will be held Thurs. Oct. 1 from 3-8pm at Phillips-Robinson Funeral Home, 2707 Gallatin Rd., the service will be held at the funeral home on Fri. Oct. 2 at 10am in our chapel with one hour of visitation prior to the service, Rev. Robert Spickard and Father Phillip Halladay officiating. Interment to follow at Spring Hill Cemetery. Active Pallbearers will be grandsons and family friends. Honorary Pallbearers will be employees of Hermitage Explosives Corp. PHILLIPS-ROBINSON FUNERAL HOME, (615)262-3312.

The family of John William Loviza created this Life Tributes page to make it easy to share your memories.

Send flowers to the Loviza family.