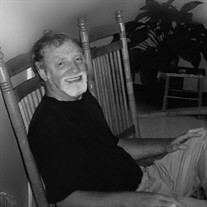 John W. Kincer, III of Joelton, TN passed away in his home May 4th, 2021. Survived by Linda Shaw Harmon, daughters - Rae Ann Kincer, Kathy Kincer Parsons (Jesse), Amy Kincer Mize (Franky). 5 Grandchildren - Christa Flanders Cain (Bryan), Jessica Flanders Harlan, Alex Kincer, Katie Parsons, and Mattie Vandygriff and 4 great granddaughters – Claire Harlan, Allison Harlan, Faith Cain and Mercy Cain, his sisters - Connie Coker and Martha Turner, nieces, nephews and cousins, as well as a multitude of friends. John was preceded in death by his parents John W. Kincer, Jr and Cepha Davis Kincer, and sisters Betty Barnett and Lois Hampton. He was born in Berea, Ky April 20th, 1937 and graduated from Holmes High School in Covington, Ky in 1955. He received his Bachelors degree from the University of Kentucky and is a Sigma Chi Alum. He was a Veteran having served in the US Army Reserve as a medic and cook. He lived in Joelton for 42 years where he diligently worked to have his historic home on Wilkinson (f/k/a Wilkerson) Road added to “The National Register of Historic Places” in 2006. He was a former member of First Baptist Church Joelton. He was actively involved in the Printing and Bindery industry in Nashville since 1976 working for Thomas Nelson, Nicholstone Book Bindery and the former owner of Southern Library Bindery Company. He served as a former Board Member of the Nashville Club of Printing House Craftsmen, Inc. He received the Governor’s Citation Award multiple times from The International Association of Printing House Craftsmen, Inc. where he served as a Past President and he was a member of the Purchasing Management Association of Nashville. He and Linda resided in Goodlettsville, TN and were both members of St. Luke Cumberland Presbyterian Church. He will be greatly missed by all his family and friends. Visitation will be held Friday, May 14th at St. Luke Cumberland Presbyterian Church 901 W. Old Hickory Blvd in Madison, TN from 10:30am until the time of the Memorial Service at 12 Noon, Rev. Taylor Young officiating. Flowers may be sent to St. Luke Cumberland Presbyterian Church Thursday May 13th from the hours of 8am-12pm and May 14th 8am until service. In lieu of flowers donations may be made to Alive Hospice in his honor.

The family of John William Kincer III created this Life Tributes page to make it easy to share your memories.

John W. Kincer, III of Joelton, TN passed away in his home May...

Send flowers to the Kincer family.