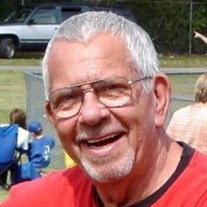 Smith County native Mr. Jimmy Massey of Nashville died Tuesday afternoon May 5, 2020 12:05 p.m. at the Alive Hospice Residence in Nashville following a period of declining health. Mr. Massey was 83. Private graveside services were conducted by his nephew Bro. Floyd Massey at 1 p.m. Saturday afternoon May 9th. Burial followed in the Massey family lot at the Smith County Memorial Gardens. Mr. Massey was the oldest of five sons of the late Elmwood Community merchant William Taft Massey who died January 27, 1997 at the age of 86 and Naomi Ruth Woodard Massey who died February 18, 2005 at the age of 86 and was born Jimmy Lee Massey on the family farm in the Sullivans Bend Community on January 7, 1937. He was a 1955 graduate of Smith County High School where he majored in agriculture and was a member of the International Relations Club his freshman and sophomore years, was a member of the Dramatics and Spanish clubs, and was the Future Farmers of America Chapter president and his senior years was also a member of the Teachers club. It was said of him in his senior annual that: “And hard be the task, keep a stiff upper lip.” Mr. Massey honorably served our country with the United States Army and was inducted on May 28, 1955 shortly following graduation from high school. He was honorably discharged at Camp Chaffee, Arkansas on May 8, 1958 with two years, eleven months and eleven days of military service with one year, nine months and twenty five days of foreign service. For his peacetime service in the Pacific he was awarded the Good Conduct Medal. Mr. Massey was united in marriage to Georgia native, the former Brenda Jhort on August 27, 1983. Following his discharge from the military service he was hired in 1960 by the former Nashville Police Department and when Metro Government was formed on June 28, 1962 he became a Metropolitan-Nashville officer. He retired in 1999 with a thirty nine year career in law enforcement and held the rank of Master Patrolman. Mr. Massey was preceded in death by a nephew, Michael Owen Massey who died as the result of an automobile accident on November 10, 2019 at the age of 38. He was of the Methodist faith and before leaving Smith County he attended the Maggart United Methodist Church with his family. Surviving Mr. Massey in addition to his wife of over 36 years is a daughter, Vicky Massey Havron of Huntsville, Alabama; son, Jeff Massey, also a retired Metro Nashville officer who retired January cc7, 2020, and his wife Ann who resides in Mt. Juliet; step-son Joey Gregory and wife Melanie of Chattanooga, four brothers, Harold Massey and wife Ruth White Massey of the Elmwood Community; Cranston Massey and wife Faye Dunham Massey also of the Elmwood Community, George Massey and wife Janice Thompson Massey of Lebanon, Larry Massey and wife Rita Sue Richardson Massey of the Elmwood Community; seven grandchildren, James Brock Havron and wife Louise, Taft Massey Havron, Ruth Morgan Havron, Jane Elizabeth Havron, Jacob Chandleer Massey, Mitchell Lee Massey, John, Jake and Cade Gregory; four great-grandchildren. The Massey family requests memorials to Alive Hospice Residence, 1710 Patterson Street, Nashville, TN 37203.

The family of Mr. Jimmy Massey created this Life Tributes page to make it easy to share your memories.

Send flowers to the Massey family.