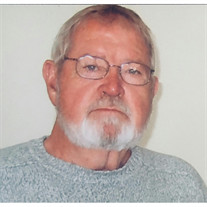 FRANKLIN, James Edward Age 88 of Hermitage, Tennessee James Edward Franklin passed away on Tuesday, September 11, 2018, in his eighty-eighth year of life. "Musso" as he was fondly known, was a southern gentleman raised in the village of Old Hickory, Tennessee. He attended DuPont High School and proudly served his country in the United States Navy in the San Francisco Bay area where he mastered machinist skills that he would later utilize as a dedicated machinist for Avco (Textron) Aerospace until his retirement in 1989. Musso was a lover of nature, and with his gentle ways and good humor he formed lifelong friendships far and wide. In 1963, he married Betty and with their daughter Kim, and Betty's children Andy, Cathy, and Sam, they built a strong family life full of adventure. For 49 years, together they worked, traveled, grew strawberries and tomatoes, camped and fished every beautiful lake in Tennessee. He loved to fish and was a Bass Master, a sports enthusiast, and a lifetime Tennessee Volunteer fan. His last few months of life were spent in the river town of Madison, Indiana with his daughter Kim and family. No one will forget his quiet strength and positive nature which helped him face many health challenges in his final days as a testament to his personal strength and endurance. He leaves behind many loving family and friends including his daughters: Kim Franklin Nyberg (John) and Cathy Dunn Wedekind (Bill) and grandchildren, great-grandchildren, nieces, nephews, and cousins. He is preceded in death by his wife, Betty Jean Johnson Franklin; father, Howard Nimmo Franklin; mother, Pauline Groves Franklin; sister, Virginia Bell Franklin Nash; brother, Howard Nimmo Franklin, Jr.; son, Henon Andrew Dunn; and son, Sammie Charles Dunn. Visitation with his family will be on Saturday, October 20, 2018 from 2-4 p.m. and a celebration of life service will begin at 4:00 p.m. at the PHILLIPS-ROBINSON FUNERAL HOME, HADLEY CHAPEL, 1700 Hadley Avenue, Old Hickory, Tennessee. In lieu of flowers, donations can be made to the Tennessee Wildlife Resource Foundation youth fishing program www.twrf.net/donate/ or the DuPont High School Alumni Scholarship Fund (envelopes available at the service)

FRANKLIN, James Edward Age 88 of Hermitage, Tennessee James Edward Franklin passed away on Tuesday, September 11, 2018, in his eighty-eighth year of life. "Musso" as he was fondly known, was a southern gentleman raised in the village of Old... View Obituary & Service Information

The family of James Edward Franklin created this Life Tributes page to make it easy to share your memories.

Send flowers to the Franklin family.