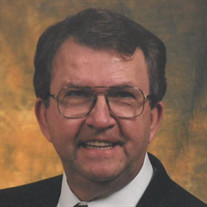 Jack M. Austin, Age 83, of Nashville, TN, passed away on February 1, 2022. Jack is preceded in death by his son, Chester 'Chuck' Austin; parents; Earl Lee Austin of Rich Creek, WV and Ina Louisa Lilly of Welch, WV; sister, Shirley Richardson of Roanoke, VA and brother, Lawrence Wills of Beckley, WV. Jack is survived by his wife, Marilyn Austin, who he often referred to as his angel; daughter, Deborah St. Clair of Roanoke, VA; three granddaughters; Jennifer, Jessica and Amber; and great grandchildren. Jack served his country in the US Army, where he worked in communications. He was a graduate of Liberty University in Lynchburg, VA, Shenandoah Baptist College in Roanoke, VA and Western Community College in Roanoke, VA. He worked for General Electric, Salem’s Sherriff Department and pastored Temple Baptist Church in Salem, VA. All of his life he had a love for music. He owned a recording studio and was part of a Christian music band, touring various churches all over the country. He loved to entertain in the arts of ventriloquism and Christian Illusions. Visitation will be Monday, February 7 from 11am until service time at 1:30pm at Phillips-Robinson Hadley Chapel, 1700 Hadley Ave in Old Hickory, TN, with a graveside immediately following the service at Hermitage Memorial Gardens at 3pm. In lieu of flowers, make donations in Jack’s name to The Gideons International at: https://www.sendtheword.org

The family of Jack M. Austin created this Life Tributes page to make it easy to share your memories.

Send flowers to the Austin family.