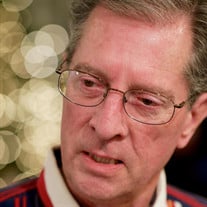 Herschell Martin was a life-long resident of Nashville, the son of the late Karl and Ruby Scharf Martin. He attended Glenn Elementary School, Una Elementary, and East Nashville High School. His family soon settled on Shelby Avenue in East Nashville and became members of Lockeland Baptist Church. Herschell studied music and art, and he developed interests in music recording, record collecting, and entertainment, leading an early career in radio and television in Nashville. Through friends at East High, Herschell met the Nashville radio personality Noel Ball. Through Mr. Ball, Herschell was offered a part-time job at WMAK-AM Radio where he worked weekends and evenings as a disc jockey. He also helped the sportscaster Larry Munson recreate baseball games for radio audiences. In 1958, Herschell was hired full time by WSIX-AM and FM radio as program assistant for its “Metropolitan Country” FM music format. He held that position until December 1966. He then became loan officer and marketing director at the U.S. Courthouse Credit Union (now the U.S. Community Credit Union). He retired in 2004, was recruited back the following year, and retired again in July 2005. In 1990, Herschell joined Woodmont Baptist Church, where he volunteered to serve on the congregation’s Television Committee. He operated the camera and sound board and was audio engineer, helping to produce over a thousand live broadcasts of the church’s Sunday service. Herschell also volunteered with the Fifty Forward programs at the Bellevue YMCA. He leaves his partner Jim Cuzzort; stepbrothers Keel, Shawn and Kris Hunt and their wives Marsha, Ann and Brenda; their children Shannon Hunt and Zach Hunt, AJ and Chris Juraska of Austin, Texas, and Blair and Dan Bobier of Chicago, and three grandchildren, Olivia, Henry and Harper Hunt of Nashville. Visitation will be Tuesday, October 26, 2021 from 12:00 pm until 1:00 pm with a Celebration of Life beginning at 1:00 pm at Phillips-Robinson Funeral Home.

The family of Herschell Martin created this Life Tributes page to make it easy to share your memories.

Herschell Martin was a life-long resident of Nashville, the son...