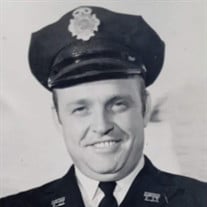 DAVIS, Gwenden Lee, known by his firefighter brothers as &#8220;Jiggs&#8221;, 82, of Old Hickory, TN, passed away December 7, 2021. He was a firefighter who began his career with Metro Nashville beginning in 1961 and retired after 40 years of... View Obituary & Service Information

The family of Gwenden Lee Davis created this Life Tributes page to make it easy to share your memories.

DAVIS, Gwenden Lee, known by his firefighter brothers as “Jiggs”,...

Send flowers to the Davis family.