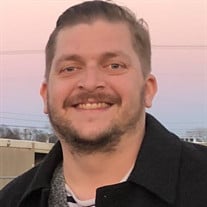 McLaughlin, Gregory Michael (Greg), Age 38 of Nashville, formerly of Long Beach, CA, passed away on Dec. 22, 2019. He is preceded in death by his grandparents, Don and Betty McLaughlin and Roy and Dorothy Schellenger; uncle, Dick McLaughlin. Survived by his father, Tom (Rona) McLaughlin; mother, Cindy (Forest) Edwards; brothers, Scott (Natalie) McLaughlin and Brad (Liz Higgins) McLaughlin; sisters, Jennifer Edwards and Rachel (Nick) Love; aunts and uncles, Jan Alcoke, Roy Schellenger, Jr., Gib (Mary) Schellenger, Jim McLaughlin, Steve McLaughlin, and Dava McLaughlin; nephews, Ford and Miles McLaughlin, Jack and Wyatt Hayes, Roscoe Love and niece Savannah Love. Greg had a lifelong passion for music. He moved to Long Beach, CA with his bandmates and would later organize another band called Desert Soul Revival. He pursued his love of singing, songwriting and playing his guitars. He also started his own business as an Amazon supplier selling hard to find DVDs and box sets. At one time he was one of their top sellers. Greg loved playing soccer, basketball and tennis throughout his youth. He played adult soccer for many years, recreationally. He attended MTSU in Murfreesboro, TN. He loved live music, his family, friends and cats deeply. He was the light of our lives. A celebration of life will be held at Phillips-Robinson Funeral Home, 2707 Gallatin Rd., on Saturday, December 28th at 4pm. Another celebration of life will be held in California at a later date. In lieu of flowers, the family would appreciate donations to either Cumberland Heights (https://www.cumberlandheights.org/giving/donate/the-memorial-fund or by calling Diane at 615-432-3224) or Silverlake Conservatory of Music (http://www.silverlakeconservatory.org)

The family of Gregory 'Greg' Michael McLaughlin created this Life Tributes page to make it easy to share your memories.

Send flowers to the McLaughlin family.