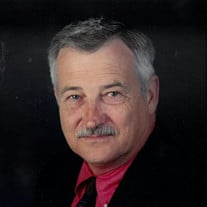 Fred P. Lawson, Age 78, of Dickson, TN, passed away January 27, 2021. Fred was born and grew up in Avon, IN, attending grades 1-12 with the same friends creating lifelong friendships. His parents, Robert and Edith Lawson, were involved in the school and community, supporting Fred in his many endeavors. He played basketball successfully, had his own band, The Castaways, well known in the are and beyond. His parents retired and moved to Florida. He followed a little later. Being near the water, he loved fishing and always had a boat of some type. His job took him to Orlando, there he took up golf and met his wife, Joyce, who took him to Nashville, TN. There Fred worked for Davidson County Sheriff’s Dept. While there he became their Firearms Instructor and started teaching the Women’s Firearms classes. He was on the board of Directors for “International Association of Law Enforcement Firearms Instructors (I.A.L.E.F.I). He entered the private prison industry at Corrections Corporation of America (CCA) as a Training Instructor. He was dedicated to training new recruits, professionalism, security and safety. This job took him to Panama City, FL as a Chief of Security for CCA. His commitment to correction earned him respect from employees as well as inmates. He made another move to Lake City, FL, as a Warden at Lake City Correctional Facility. While in Lake City, Fred was on the Board of Directors of the Chamber of Commerce and as a member of Florida Commission on Crime and Delinquency (FCCD), was an active Rotarian. In addition, he served on the Warden’s Advisory Counsel, The Chair of Lake City Correctional Facility Community Relations Board, a member of CCA Leadership Development Counsel. He was awarded “Businessperson of the Year” by Columbia County Chamber of Commerce. Fred retired after over 35 years in Law Enforcement, returned to Tennessee, where he said playing golf everyday was ruining the game for him. So, went to work at Dickson County Sheriff’s Dept., where he remained for 9 years until medical problems caused him to retire again. He was an affable person, intelligent, a fixer of anything repairable, a good communicator, and he appreciated his friends and family. He lived his life with integrity, dignity, and professionalism. He is preceded in death by his parents, Robert and Edith Lawson; Sister, Jackie Johnson; brother, Bob; and daughter Sheri. He is survived by his wife, of 44 years, Joyce Lawson; children, Charles (Bobette) Lawson, Angie (Curt) Epp, Sonja (Billy) Sobr, Laurie (Randy) Walker, Trent (Bonnie) Whitlow, and special nephew, Tim (Rochella) Johnson, several grandchildren and great-grandchildren. There will be a Celebration of Life be held from 1 to 8pm Saturday, February 20, 2021 at Phillips-Robinson Funeral Home. Due to Covid Restrictions, we are requiring masks and no Food or Drink will be allowed inside.

Fred P. Lawson, Age 78, of Dickson, TN, passed away January 27, 2021. Fred was born and grew up in Avon, IN, attending grades 1-12 with the same friends creating lifelong friendships. His parents, Robert and Edith Lawson, were involved in... View Obituary & Service Information

The family of Fred P. Lawson created this Life Tributes page to make it easy to share your memories.

Send flowers to the Lawson family.