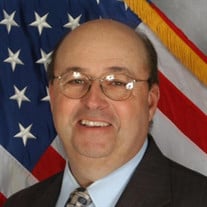 Donald “Don” Ray Heath, Age 72 of Nashville, TN passed away August 1, 2021. Preceded in death by his parents, Henry and Betty Lou Heath; brother, Jerry Wayne Heath. He is survived by his wife, Nancy Heath; children, Jerry Ray (Brandy) Heath, Amber (Jerry) Wood, and Donnie Hawkins; grandchildren, Indy, Coleman, Chesny, Owen, Tyler, and Juliana; sister, Wanda (Steve) Tarpley. Don served Nashville for 36 years as a Metro Police Officer. He was a Master Mason and a member of the Shrine for nearly 40 years. Don was a big fan of Vanderbilt athletics, loved to golf, and smoke cigars with his friends at the “Adult Day Care”, aka Belle Meade Premium Cigar Store, where he was known as “Daddy Don”. Visitation will be at Phillips-Robinson Funeral Home, 2707 Gallatin Rd. in Nashville, on Wed., August 4, from 12pm-7pm, with a Masonic Service beginning at 7pm. On Thurs., August 5, there will be visitation from 10am until the time of our service at 12pm with Chaplin Andrew Ivey officiating. Interment will be at 2pm at Harpeth Hills Memory Gardens.

The family of Donald "Don" Ray Heath created this Life Tributes page to make it easy to share your memories.

Send flowers to the Heath family.