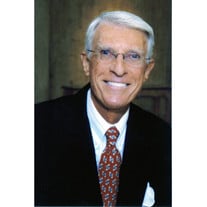 STRINGFIELD, Charles David - Charles David Stringfield went home to be with his Lord and Savior Jesus Christ on March 24, 2017 at the age of 77 after an automobile accident in Ft. Lauderdale, Florida. He is survived by his sons John Lovelace Stringfield of Nashville, Tennessee and David Fisher Stringfield of Dallas, Texas, grandchildren Lauren Elizabeth, Madison Olivia, John William, and Abigail Fisher. He was preceded in death by his father Ernest Stringfield and his mother Lucille Lovelace Stringfield Birthright. David was born in Nashville, Tennessee and graduated from Isaac Litton High School in 1957. He received a Bachelor of Arts Degree from Vanderbilt University in 1961, a Masters of Education from George Peabody College at Vanderbilt University in 1963, and a Masters of Hospital Administration from Washington University in St. Louis in 1965. After graduating from Vanderbilt, he taught junior high school English and history in Colorado Springs, Colorado. After graduating from Washington University, he served as a hospital administrator in residency at Milwaukee County General Hospital before returning to Nashville as a Vice President of The Tennessee Hospital Association. In 1968 he joined Baptist Hospital where he worked for 34 years, retiring in 2001 as its Chief Executive Officer. He had a passion for his grandchildren as he was their greatest cheerleader and would do anything to help them achieve their maximum God-given abilities. He will be remembered for how he loved life, longed to pray for people, and had a passion for Christ. He never met a stranger, and whether you just met David or knew David for years, he always made you feel known and loved. Visitation will be held on Thursday, April 13 from 6:00-8:00pm at Phillips Robinson Funeral Home, 2707 Gallatin Road, Nashville, Tennessee 37216. Family and friends will be celebrating David's life at a graveside memorial service on Friday, April 14 at 11:00am at Spring Hill Cemetery, 5110 Gallatin Road, Nashville, Tennessee 37216. In lieu of flowers, donations may be made to Fellowship of Christian Athletes, c/o Receipting Department, 8701 Leeds Road, Kansas City, Missouri 61429 and Samaritan's Purse, c/o Billy Graham Evangelistic Association, PO Box 3000, Boone, North Carolina 28607.

STRINGFIELD, Charles David - Charles David Stringfield went home to be with his Lord and Savior Jesus Christ on March 24, 2017 at the age of 77 after an automobile accident in Ft. Lauderdale, Florida. He is survived by his sons John Lovelace... View Obituary & Service Information

The family of Charles David Stringfield created this Life Tributes page to make it easy to share your memories.

Send flowers to the Stringfield family.