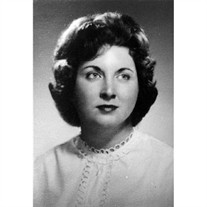 COLE, Gladys Carolyn Blankenhorn, October 19, 2011 was reunited with her parents, brother, and the love of her life, David Austin Cole, on Wednesday, October 19, 2011. Carolyn leaves behind two sons and daughter's in law (Bruce and Linda Cole of Pascagoula, MS and Warren and Tammy Cole of Lynchburg, VA), and two sisters (Jeritza B. Tucker of Nashville, TN and Anne B. Nichol of Louisville), and four grandchildren. Carolyn lived the majority of her life in Nashville, where she became a member of Woodland Presbyterian Church at the age of six weeks. Carolyn remained a member of the church throughout her life; where she served as an elder, Sunday School teacher, choir member (soloist), missionary to Mexico, and was a leader in women's work in the Nashville Presbytery and Synod of Tennessee. Carolyn attended King College, where she met many lifelong friends and participated in almost every activity available, including becoming a member of the Pi Pi Sigma Literary Society and singing in the King College Choir. She graduated from King with a B.S. in History; and she later received a M.S. in Education from Peabody University, where she was nominated for the Algernon Sydney Award. Carolyn was active in the Upsilon Chapter of Alpha Delta Kappa, where she held most offices including President (1986-1988, 1990-1992). Carolyn was also active in women's prison ministries and served as a GED teacher at Tennessee Women's Prison. She was awarded the title of Colonel Aide de Camp, Governor's Staff. We will remember Carolyn as an outgoing and giving friend that always had a funny story and could burst into song at any moment. Many people have been entertained and uplifted by her singing talents through her participation in church choirs and other singing groups, including the Sunshine Singers Choral Group. Carolyn's intense love and unique understanding of children allowed her to touch more lives than we will ever know during her time at the Presbyterian Children's Home, and her many years of teaching (Sweetwater High School, Ross Elementary, and Lockland Elementary). Carolyn truly cared about every child she taught, and she made each one feel special. Years after she retired, it was not unusual to have her previous students come running up to tell her they always knew they were her 'favorite', and it never ceased to touch her heart. The family would like to express special thanks to Dr. Ortiff, Dr. Oh, Dr. Burbank, the kind neighbors in Carolyn's Calvin Avenue family, and the many health care professionals that treated our loved one with such care and tenderness. Carolyn's journey was made easier by your presence. The family will reminisce with friends at Phillips Robinson Funeral Home from 6:00 - 8:00 on Friday, October 21. Funeral Services will be held at Woodland Presbyterian Church at 11:00 on Saturday, October 22, with the Reverend John McCullough presiding. For anyone wishing to do so, we feel that a gift to the Salvation Army, Alive Hospice, or a children's charity of your choice would be an excellent way to honor Carolyn; but taking a few moments to love and encourage a child would be the best way to bring a smile to her face. PHILLIPS-ROBINSON FUNERAL HOME, (615)262-3312.

COLE, Gladys Carolyn Blankenhorn, October 19, 2011 was reunited with her parents, brother, and the love of her life, David Austin Cole, on Wednesday, October 19, 2011. Carolyn leaves behind two sons and daughter's in law (Bruce and Linda Cole... View Obituary & Service Information

The family of Carolyn Blankenhorn Cole created this Life Tributes page to make it easy to share your memories.

Send flowers to the Cole family.