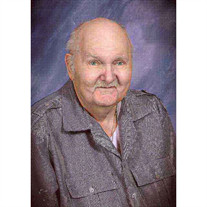 Bobby Cook, age 82 years, 7 months, and 27 days, passed peacefully on Christmas night, 2013. Born in Topmost, KY to Frank and Georgiana Cook. Survived by his daughters "Mandy" Manuela Cook Shelton (Alan Jinnette), and Michele Worth (Gary); four grachildren, Shawn Gibson, Austin, Ashley, and Amber Worth; and four great-grandchildren, Devlin and Logan Gibson, and Bella and Vivi Hall. Over the years he had adopted many of his daughters friends as his own family, some even lived with us for a period of time. Most recent adopted daughter is Joann Strickland, who visited him in the nursing home, brought him food, and even called him "Daddy". Left home to see the world and joined the military and served as military police, flight instructor, and load master on the world's largest cargo plane, the C5A. Veteran of the Korean and Vietnam Wars and retired as Master Sergeant. His duty and travels took him all over the world: Philippines, China, Germany, Spain, Russia, South America, and even participated in the Berlin Airlift. He was loved by many and will be sorely missed. Visitation at Phillips-Robinson Funeral Home Friday, December 27th from 4-8pm, and Sunday, December 29th from 4-8pm at Nelson-Frazier Funeral Home, 125 Parks Branch Rd. Hindman, KY. Graveside service Monday, December 30th at 11am at Joe Hall Cemetery in Topmost, KY.

The family of Bobby Cook created this Life Tributes page to make it easy to share your memories.

Send flowers to the Cook family.