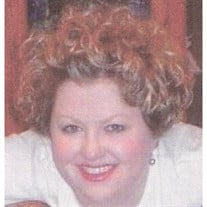 Angela Spearrin Noë, 39 of Sapulpa met an untimely death on Sunday, October 9, 2011. She was born on July 25, 1972 in Nashville, TN. to Charles Daniel and Doris (Gregory) Spearrin. She graduated high school in Wilmington, North Carolina and was married on December 8, 1992 to Jamie Noë in Bicester, England. She worked American Airlines for 16 years as an Aircraft Router in the Maintenance Operations Center in Tulsa. She was a member of LifeChurch at the Tulsa Campus. After having children, she focused on her family and raising her kids as a stay-at-home-mom. She loved spending time with her children. She was a loving and caring person, known for her generosity. She never met a stranger and would give the shirt off her back to anyone in need, whether she knew them or not. She loved talking with and helping others, able to have a conversation with anyone. She was immediately loved by those who met her. She took an active interest in supporting her husband’s work and was a Founding Charter Member of the Fraternal Order of Police Auxiliary (FOPA) of Sapulpa. She is preceded in death by her father, Charles D. Spearrin. She is survived by her husband, Jamie Noë of the home; children, Jamie Page Noë, Jr., and Charli Danielle Noë; mother, Doris Spearrin of Old Hickory, TN.; brother, Richard Scott and wife Chelli of Hendersonville, TN.; sisters, Debra Mullins and husband Larry of Hopkinsville, KY., Nelda Schultz and husband Tom and Anita Swift all of Old Hickory, TN. Visitation will be held on Friday, October 14, 2011 at Phillips-Robinson Funeral Home Hadley Chapel from 6-8:00 p.m. and Saturday, October 15, 2011 from 10am until the time of funeral services at 12 noon. Interment at Hermitage Memorial Gardens.

Angela Spearrin No&#235;, 39 of Sapulpa met an untimely death on Sunday, October 9, 2011. She was born on July 25, 1972 in Nashville, TN. to Charles Daniel and Doris (Gregory) Spearrin. She graduated high school in Wilmington, North Carolina... View Obituary & Service Information

The family of Angela Dawn Noe created this Life Tributes page to make it easy to share your memories.

Send flowers to the Noe family.